Pathology is the study of the causes and effects of disease or injury. The word pathology also refers to the study of disease in general, incorporating a wide range of bioscience research fields and medical practices. However, when used in the context of modern medical treatment, the term is often used in a more narrow fashion to refer to processes and tests which fall within the contemporary medical field of “general pathology”, an area which includes a number of distinct but inter-related medical specialties that diagnose disease, mostly through analysis of tissue, cell, and body fluid samples. Idiomatically, “a pathology” may also refer to the predicted or actual progression of particular diseases (as in the statement “the many different forms of cancer have diverse pathologies”), and the affix pathy is sometimes used to indicate a state of disease in cases of both physical ailment (as in cardiomyopathy) and psychological conditions (such as psychopathy).[1] A physician practicing pathology is called a pathologist.

As a field of general inquiry and research, pathology addresses four components of disease: cause, mechanisms of development (pathogenesis), structural alterations of cells (morphologic changes), and the consequences of changes (clinical manifestations).[2] In common medical practice, general pathology is mostly concerned with analyzing known clinical abnormalities that are markers or precursors for both infectious and non-infectious disease, and is conducted by experts in one of two major specialties, anatomical pathology and clinical pathology. Further divisions in specialty exist on the basis of the involved sample types (comparing, for example, cytopathology, hematopathology, and histopathology), organs (as in renal pathology), and physiological systems (oral pathology), as well as on the basis of the focus of the examination (as with forensic pathology).

Pathology is a significant field in modern medical diagnosis and medical research. 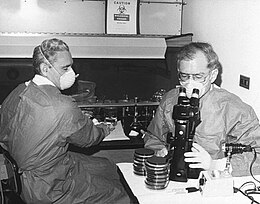 The advent of the microscope was one of the major developments in the history of pathology. Here researchers at the Centers for Disease Control in 1978 examine cultures containing Legionella pneumophila, the pathogen responsible for Legionnaire’s disease.

The study of pathology, including the detailed examination of the body, including dissection and inquiry into specific maladies, dates back to antiquity. Rudimentary understanding of many conditions was present in most early societies and is attested to in the records of the earliest historical societies, including those of the Middle East, India, and China.[3] By the Hellenic period of ancient Greece, a concerted causal study of disease was underway (see Medicine in ancient Greece), with many notable early physicians (such as Hippocrates, for whom the modern Hippocratic Oath is named) having developed methods of diagnosis and prognosis for a number of diseases. The medical practices of the Romans and those of the Byzantines continued from these Greek roots, but, as with many areas of scientific inquiry, growth in understanding of medicine stagnated some after the Classical Era, but continued to slowly develop throughout numerous cultures. Notably, many advances were made in the medieval era of Islam (see Medicine in medieval Islam), during which numerous texts of complex pathologies were developed, also based on the Greek tradition.[4] Even so, growth in complex understanding of disease mostly languished until knowledge and experimentation again began to proliferate in the Renaissance, Enlightenment, and Baroque eras, following the resurgence of the empirical method at new centers of scholarship. By the 17th century, the study of rudimentary microscopy was underway and examination of tissues had led British Royal Society member Robert Hooke to coin the word “cell”, setting the stage for later germ theory.

Modern pathology began to develop as a distinct field of inquiry during the 19th Century through natural philosophers and physicians that studied disease and the informal study of what they termed “pathological anatomy” or “morbid anatomy”. However, pathology as a formal area of specialty was not fully developed until the late 19th and early 20th centuries, with the advent of detailed study of microbiology. In the 19th century, physicians had begun to understand that disease-causing pathogens, or “germs” (a catch-all for disease-causing, or pathogenic, microbes, such as bacteria, viruses, fungi, amoebae, molds, protists, and prions) existed and were capable of reproduction and multiplication, replacing earlier beliefs in humors or even spiritual agents, that had dominated for much of the previous 1,500 years in European medicine. With the new understanding of causative agents, physicians began to compare the characteristics of one germ’s symptoms as they developed within an affected individual to another germ’s characteristics and symptoms. This approach led to the foundational understanding that diseases are able to replicate themselves, and that they can have many profound and varied effects on the human host. To determine causes of diseases, medical experts used the most common and widely accepted assumptions or symptoms of their times, a general principal of approach that persists into modern medicine.[5][6]

Modern medicine was particularly advanced by further developments of the microscope to analyze tissues, to which Rudolf Virchow gave a significant contribution, leading to a slew of research developments. By the late 1920s to early 1930s pathology was deemed a medical specialty.[7] Combined with developments in the understanding of general physiology, by the beginning of the 20th century, the study of pathology had begun to split into a number of distinct fields, resulting in the development of a large number of modern specialties within pathology and related disciplines of diagnostic medicine. 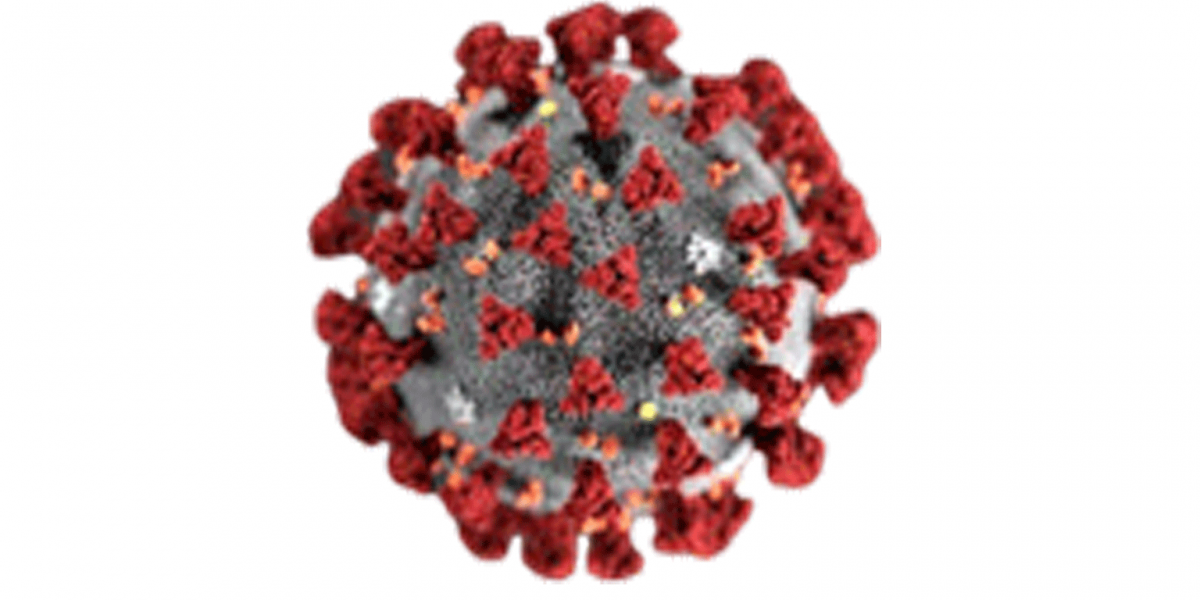 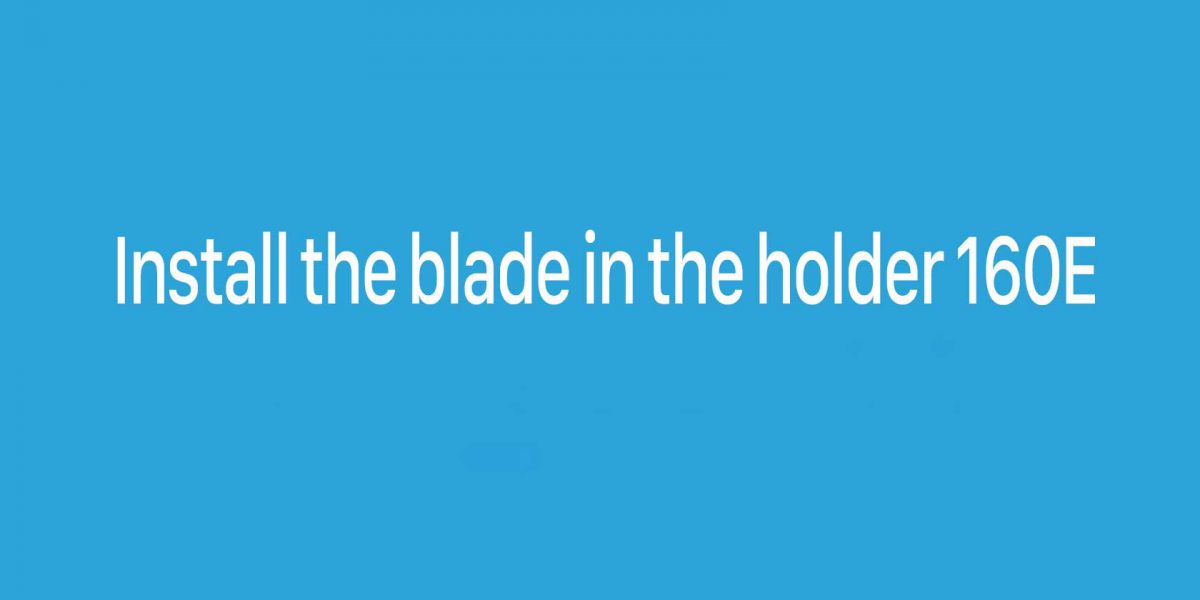 Installing blade in the holder 160E 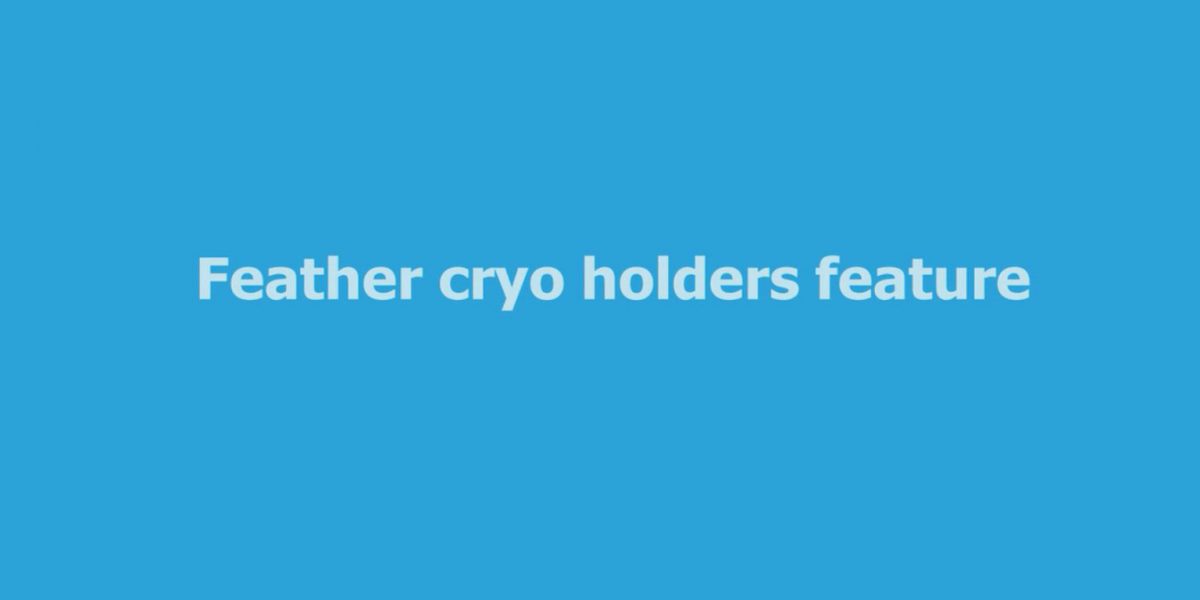